Spray with Deet against mosquito forceps 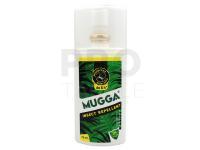 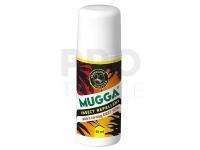 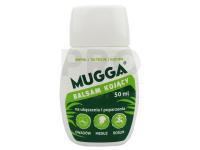 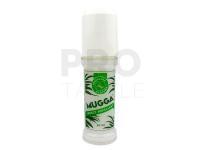 Mugga is a renowned brand of repellents against mosquitoes, ticks, mosquitoes, horseflies, blackflies, tsetse flies, fleas and lice. On the west it is known as MyggA Natural, in Germany as JAICO, in England as Mosquito Milk. Mugga repellents act as a deterrent to Polish, European and tropical insects. Mugga products include preparations against insects in the form of roll-on or spray, with different deet content (even 50%) and soothing balm against biting insects. Deet Mugga Roll-On 20.5% is a repellant in a cream, applied using the "ball" roll-on. It is suitable for people above 3 years of age.

Mugg Protection Deet Spray 50%
A very high percentage of DEET, or N, N-diethyl-m-toluamide (up 50%) and extracts from plant oils selected block receptors of insects (including rain), providing protection to 8h.

Mugga is one of the most recognizable brands of mosquito repellents. The producer of the spray is Jaico - a world leader in repellents against the most dangerous and annoying insects.
The main advantages of the Mugga repellents is their safety of use and incredible effectiveness, which has been proven in scientific tests at the Institute of Tropical Medicine in Antwerp.
Mugga is highly recommended to all those who want to protect themselves against mosquitoes - the European ones as well as the tropical species, which transmit numerous diseases. Mugga works as protection against ticks, flies and other insects.
The use of Mugga sprays is incredibly easy and, what's most important, effective.
Depending on the DEET concentration, a cautious use of the repellents is advised - please do not use the spray more often than once every few hours.
All products Mugga
Recent comments
You have to log in to add an opinion

Login
Main menu
Choose from 61681 items available on the online fishing shop!
Other series of this brand